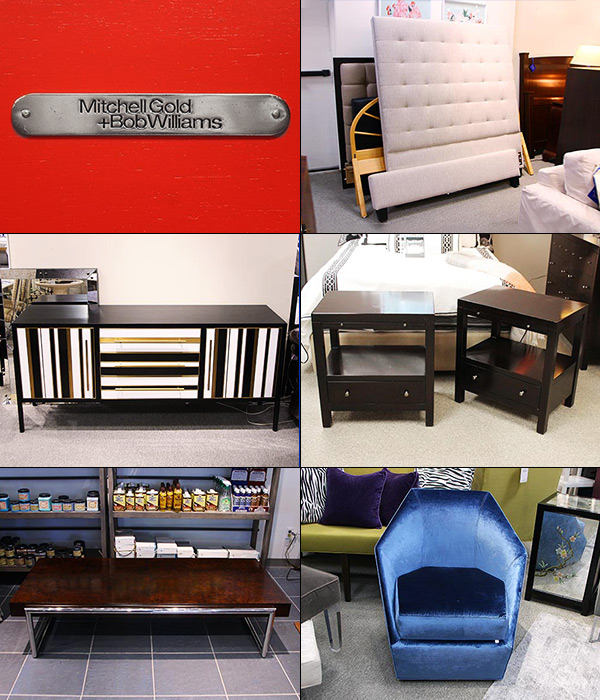 Riding shotgun with me in my 200,000-mile Toyota SUV as I ran some errands last week was my trusty partner, Roxie, our family dog. When we pulled up in front of our store in Hanover, Roxie looked at me, tilted her head and cocked one eyebrow quizzically as if to say “Are you seriously planning on leaving me in the car?”

FCG has a policy of no dogs in our stores. But I was wilting under that plaintive look.

I conjured up a couple of justifications for breaking my own policy: it was early and the store wasn’t open for business yet. I was planning on dashing in to retrieve something, spending three or four minutes tops inside. And, despite the A/C, the car had gotten oppressively humid after I’d opened the door.

A moment later, I relented and motioned to Roxie. “C’mon girl, let’s go.”

Like many a first-time customer FCG, Roxie entered the store then paused in amazement to take in the scene. Acres of furniture! Faint but delicious new smells of polish and leather! Dog paradise!

Roxie tore through the first floor, zipping from one corner to another sniffing each item, a slightly crazed but joyous look in her eyes. Once she was satisfied she’d undertaken a complete inspection of the first-floor premises, she found the staircase and bounded up to the second floor.

Then, I could hear her overhead, whipping around the dining tables and chairs, pausing to inhale the fragrance of a mahogany dresser or a pine chest. Far from tiring, Roxie seemed to gain energy and enthusiasm the more she saw. Meanwhile, I hurried to rustle through my office to retrieve the item I needed.

When I got back to the showroom, there was an eerie silence. No thumping paws, no heavy breathing. In fact, there was no commotion at all.

It was Brian, our store manager, who sounded the alarm. “There she goes!” he yelled, pointing outside. I turned to see Roxie galloping across the parking lot, heading north. She’d snuck out a side door. I never moved so fast in my life. When I finally had her back on her leash, I just had to ask.

“Where do you think you were going?”

Roxie’s gleeful mug said it all. The Hanover store was so much fun, she just had to check out the other showrooms. You should, too.