Want to Save the Planet? Buy Consignment 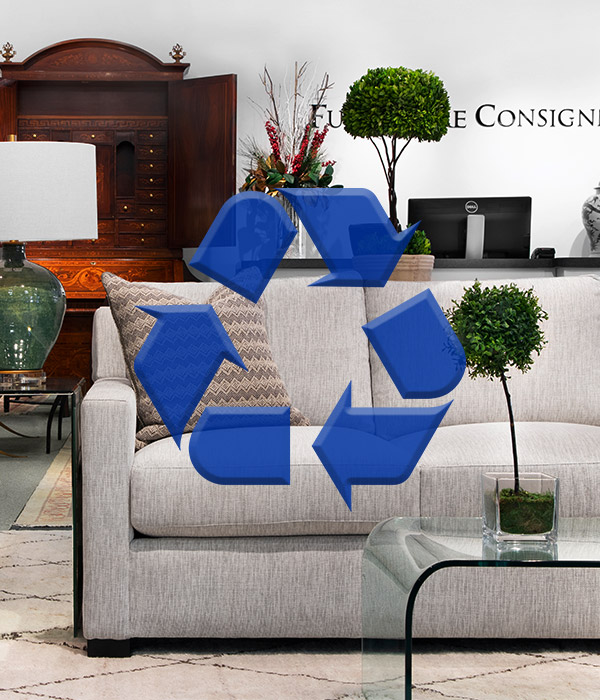 With a grin as big and toothy as a Kennedy’s, the CEO stood at the podium and basked in the crowd’s applause. He’d just announced that his company would be making a donation to a local charity and he was milking the moment for all it was worth. Behind him, a spotlight hovered over his company’s logo, projected ten feet tall on a screen.

Corporate social responsibility is in high vogue these days. For CEOs, it’s a kind of charity Ironman. They’re in a constant competition to tell the public they’re doing good for the planet, for the community, and for any of a myriad other causes. (Case in point: pink ribbons are plastered everywhere, including on bags of cat food, racecars and airplanes.)

Today’s consumers are demanding more social accountability from corporate America, and that’s a good thing. But some of this charity is based on a less-than-noble calculus. Lots of companies are bragging about their philanthropy just to burnish their reputations and sell more stuff.

Ask that CEO. Would his company have made that donation if it weren’t promised a stage, a spotlight and a grip-and-grin photo in the local newspaper?

Charity dinners like that one spark a dark cynicism in me these days. For years, I’ve watched big furniture companies play a similar game. They boast about eco-friendly products made from non-toxic materials but their efforts are often misguided or minimal.

Mango wood is the latest of the so-called earth-friendly materials. After their fruit-bearing years are over, the fast-growing trees are being harvested for wood to make furniture. Trouble is, the wood splits in dry climates. Which is kind of a hazard for you, the consumer, when company plops down at the dining table for Thanksgiving.

We’re in a new era of disposable furniture. Cheap sofas, tables and chairs from Asia are flooding the market here in the U.S. This furniture isn’t built to last and, a decade or so into this trend, it is clogging our landfills.

At FCG, we believe – modestly and quietly – that the best way to preserve our planet and our resources is to re-use quality furniture. When you buy consignment, you are not only getting a bargain, you are doing the right thing. It’s recycling at its best.