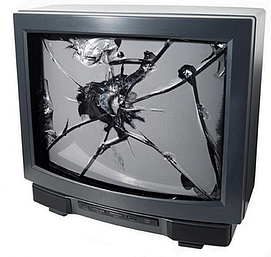 “Oh, for crying out loud!”  I hung up one phone line and punched another that had been ringing and ringing and ringing. At Furniture Consignment Gallery, our phones start jingling incessantly the moment we open our doors on January 2. Everyone, it seems, suddenly wants to consign a piece of furniture.

And not just any piece of furniture. At this time of year, they are determined – relentless, even – to unload an armoire. Among the presents unwrapped in many homes during the holiday season was a sleek new flat-screen television. So, goodbye, old clunker! And goodbye to the armoire the wife insisted on buying to hide the clunker and all its wires!

No one seems to have a problem hauling that old tv to the dump. But the armoire … heck, lots of folks think that’s got to be worth something on the used-furniture market. That’s when they call me. Here are some of my favorite pitches: 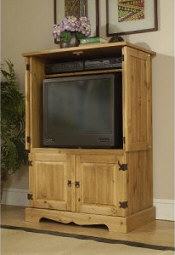 Don’t get me wrong. We’re happy that you’ve gotten a new flat screen television, but we need to get one thing straight. We aren’t going to take your armoire on consignment. An armoire is the eight-track tape of the furniture business. (Even Craigslist – furniture mart of the damned – is clogged with them.)

There was a time, a few years ago, when we might have taken an armoire on consignment. They were slow to sell, but a buyer would wander in eventually. Our very first blog post was titled "Can You Sell My Entertainment Armoire" And that was two years ago! The last one we had on the showroom floor was a stunning Stickley white oak armoire for $499. It gathered dust for months. You might remember it as it made our Deal of the Week video production back in May 2011.

Converting an armoire made for a television into a cabinet for clothing is not a task for amateurs. You’d have to hire a carpenter experienced in making quality furniture to get that job done. And don’t count on selling it, afterward. Most folks want their clothing hanging in a closet – not a bulky, space-eating armoire.

So please don’t be angry with me when I decline your armoire. They are big, they are heavy and they just don’t sell anymore! I hereby declare the age of the armoire is officially over.