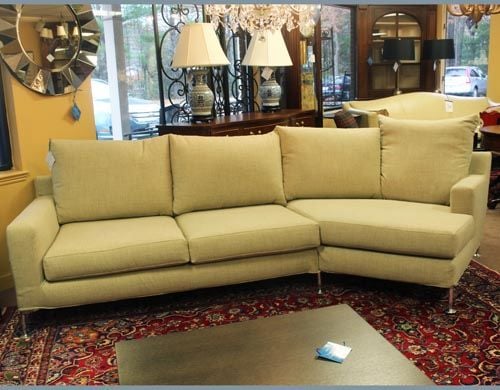 get anything stronger than a "damn." But I gotta give it to that kid. He knows how to capitalize on his assets. If we can hone those bargaining skills for good use in enterprise and not for vocabulary resources, he'll do well in business someday.
Speaking of assets, we have some terrific items in our three showrooms this weekend, just in time for the holidays. You want to miss the B&B Italia sectional that was a designer error. The designer's price on that was $13,000, but you can have it for $3,899. You can also save thousands of dollars on the Ethan Allen Abbott table and ten Chauncy chairs in mint condition. Together the set is $3,999 and sells for double the price in the current Ethan Allen catalog.
At FCG Bargains reign. Even kids like Robbie would see this opportunity and would suggest taking inventory of your resources so that you can acquire some assets.