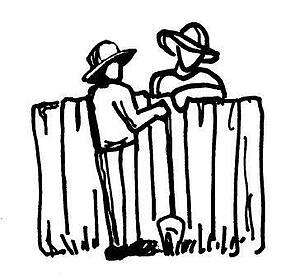 Moments after the moving van pulled out of the driveway of his new waterfront home earlier this summer, she appeared at the front door. Tiny, silver-haired and roly-poly, she thrust out a tray of mouth-watering, freshly-made cannolis dusted with sugar. He had to stop himself from snatching one off the plate, he confessed later.
"I comma to say hello," she said in an accent as thick as the day, seventy years ago, that she left the Old Country.  "What you eat today? Burger? That's-a no good. I've got meatballs at home. And I wanna you to cut down-a the trees so we can see-a the ocean."
An Italian grandma is a force of nature, irresistible and unstoppable. He cut down the trees that week and earned a seat at the family table for dinners on Sunday. He's gained a few pounds this summer much to the delight of his neighborhood nonna.
Now, Italian Grandma has decided it's time for him to furnish his new home properly. Out went the shabby recliner, the card-table in the dining room and the old mattress on the floor of the master bedroom.
Then, she sent him to us at Furniture Consignment Gallery. Nonna, apparently, knows quality.  And she knows a bargain when she sees it.
In a whirlwind hour, he found a sectional, a leather chair and a dining room set. (We've got three amazing sets on the showroom floor priced below $1,000.) As he was paying the bill, he was talking about inviting nonna and her husband over to watch a game so he could show off his shopping prowess.
"I wonder what she'd bake?" he mused aloud.
I felt a pang of jealousy - and I could almost taste the cannoli. "Anybody selling on your street?" I asked.
0 Comments Click here to read/write comments 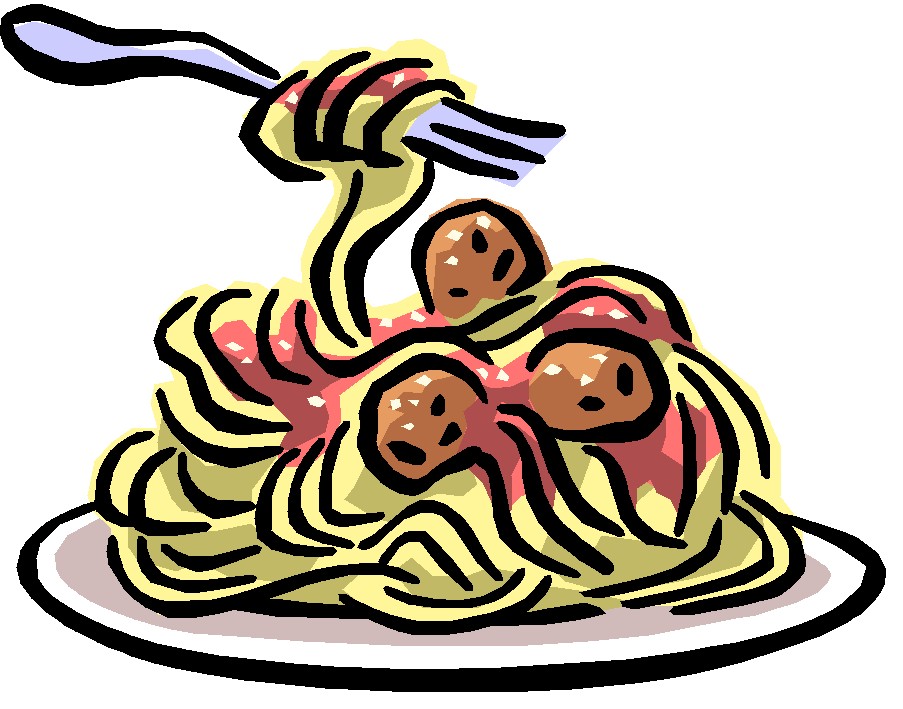 My grandmother's home smelled like fresh garlic roasting in olive oil. And she always had a pot of water bubbling on the stove ready to cook her homemade macaroni when we arrived for a feast. Never had I been so excited for one of her meals than in the spring of 2001. My son Cade was a toddler and he was just beginning to eat all kinds of new foods. In my family, Grandma's Italian cooking was a rite of passage, a kind of baptism by ground beef. Her homemade meatballs, the stuff of culinary legend, were on the menu that Easter Sunday. When I close my eyes, I can still see the vast spread of food on the table. There were two big bowls, each filled with homemade pasta and meat sauce. At one end of the table was a platter of eggplant Parmesan. At the other was a platter of braised lamb in a rich gravy. We whipped through grace and dug in with glee. Forks screeched against spoons as we wound big wads of spaghetti laden with sauce. So engrossed were we in our pasta paradise that no one was watching Cade - until he gurgled up a big, satisfied burp. We all turned towards the old wooden highchair in unison. There he sat with red sauce smeared across his face. Both of his hands were full of mashed meatball. He was rocking back and forth in excitement, eyes wide, stuffing his mouth as fast as he could with meatball. We all roared with laughter. 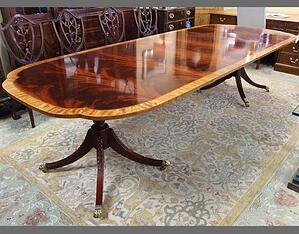 Then, in the blink of an eye, that moment was gone. Cade is 15 now. Grandma has been gone for years. We miss her a lot. Her meatballs are still legendary. How quickly moments turn to memories. When my grandparents were first married, they counted their pennies carefully like most immigrants. Buying a big mahogany dining room set might have felt like irresponsible spending to a young couple. But four generations of family celebrated every holiday at that table. I'd argue that it was the best investment they ever made. Easter is April 5th, just two weeks away. Passover begins on Friday, April 3. So buy that big dining room set and make some family memories. You'll never regret it.
0 Comments Click here to read/write comments