Every morning, we go through a full loaf of cinnamon bread at our house for breakfast. I dunk slice after slice into the toaster, then butter them up for our three boys. That's our morning ritual.

Cade, my oldest, was hovering over my shoulder this morning making a claim on the next hot slice. At 15, he is growing faster than kudzu. As I handed over the toast, I took a step back and suddenly realized we'd crossed a milestone. Cade is now taller than me.

What struck me is that he'd grown right before my eyes but the change hadn't registered. I'm always busy juggling the day-to-day responsibilities of fatherhood and running a small business. But over time small changes every day really add up.

Later, at work, I realized something similar had happened at Furniture Consignment Gallery. Our Chestnut Hill store has evolved over the past few months to become the pre-eminent showroom for pre-owned contemporary furniture in or around Boston. How did that happen?

Consider the evidence. This week, we accepted for consignment two bold and curvaceous sofas by Rolf Benz, along with a glass coffee table and a sofa table. New, the set cost more than $13,000. Germany's Rolf Benz is a revered name in contemporary design, known for its quality craftsmanship and comfort. At FCG, the sofas are each priced at $999. Our consignor also brought us a set of sleek blue dining chairs also by Rolf Benz. New, each chair is $1,800. We're selling the set of four for $1,600.

Also in Chestnut Hill is a Ted Boerner sofa and armchair in white leather, originally purchased from the high-end contemporary store Design Within Reach. This week, the showroom is filled with the most sought-after designer names in contemporary furniture, including Hans Wegner and Roche Bobois.

Upscale contemporary furniture is extraordinarily expensive when bought new. The top manufacturers use genuine chrome, quality metals, lucites and premium grade leathers. But like the pre-owned market for traditional furniture, the discounts and deals are amazing when you buy at FCG. We don't waste your time with knock-offs and no-name brands. In Chestnut Hill, we've specialized in selecting the best in contemporary design.

So we've grown at FCG, and we want to call your attention to the changes. Stop by the store on Route 9, westbound, in Newton. You'll find a breathtaking array of the highest quality contemporary furniture at amazing prices. 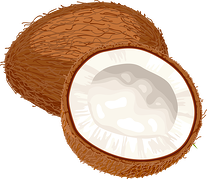 Come to FCG in Chestnut Hill and check out his furniture. You might find just the piece to make your mom happy. Or your wife. Or your sister. Or maybe even yourself.
2 Comments Click here to read/write comments

"We just got a bigger place!"

They were young, excited and expecting a new addition to their family any day. The couple burst into the showroom earlier this week and, after announcing their big news, they hurried off in opposite directions to shop.

Anticipating long nights with a fussy newborn, the father-to-be quickly found his favorite piece: a $1,710 leather loveseat sleeper by Hancock & Moore. As a father of three, I had to stifle the urge to educate the poor guy. Just because you buy a sleeper doesn't mean you're going to get any sleep after the baby arrives.

Meanwhile, on another floor, his wife had fallen in love with the Princess Bed, a fantastically frou-frou structure decked out in acres of pink and yellow. 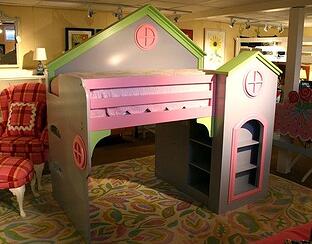 I quickly steered her towards more gender-neutral baby furniture. Turning the Princess Bed into a rocket ship or racecar if a little lad showed up would be a major challenge for a sleep-deprived dad.

After weeks of hibernation, shoppers are starting to emerge from their winter dens. And with them come the challenges of helping them navigate the turning points in life. I've missed that.

In Chestnut Hill, I was happy to see a longtime customer looking at a dining table of inlaid mahogany and eight leather chairs. Downsizing from a grand suburban colonial, she was scouting out items for a new condo overlooking Boston Harbor.

"Dining room seating for eight? In a condo?" I asked gently.

"Oh," she laughed. "I keep forgetting we're downsizing! And that means smaller!"

Finally, a normal week, I thought. Customers young and old are starting to trickle back into our stores. I'm happy to see familiar faces - and new ones. We've got showrooms well stocked with furniture for all kinds of fresh starts. The sun is shining. The snow is melting. Spring will be here soon.