When the Time Comes to Make A Change

His old maple bat stood in the corner o 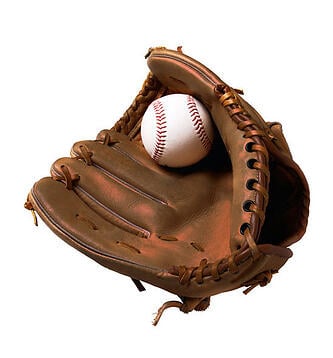 f the room. On a nearby bookshelf were his glove and baseball cap. The boy's clothes hung, cleaned, pressed and ready to wear in the closet. The room was meticulously maintained and chillingly quiet.

For more than two decades, his mother has grieved the loss of her beloved son. She couldn't bear to change a single thing in his bedroom. Then, a few weeks ago, she decided it was time. She and her husband, now in their sixties, needed to create a guest room for visiting family members. That's what brought her to FCG.

Diana, an ASID certified interior designer, would later say that the renovation would become one of the greatest challenges of her career. That wasn't because of the complexity of the design but rather the intensity of emotions - her client's and her own.

Every time before entering the room, Diana would pause. "It looked just like yours when you were growing up," she told me. "Or our three boys' rooms now." Which is to say that it looked like any boy's room in America: a twin maple bed, trophies, sports equipment and photos of siblings, Mom and Dad. For Diana, it was a reminder that life is fragile.

With the couple's permission, Diana injected new life into the silent room. She outfitted both windows with bright cornice boards and gave the walls a coat of fresh paint. She unrolled a Persian rug. Then, our moving guys brought in the furniture: a four-poster rice-carved bed, a mahogany dresser and a secretary desk. New bedding and a flock of pillows completed the cozy scene.

When she presented the fully decorated room to the couple, the mother had to fight to catch her breath. Then, marveling at the change, she said slowly, "A new room for the new year." Later, she thanked Diana. "It's hard to let go of the past," she admitted. "You made it easier."

We hope that you'll come to FCG for all your redecorating projects in this new year, 2015. We'll listen, we'll understand and we'll help.
2 Comments Click here to read/write comments